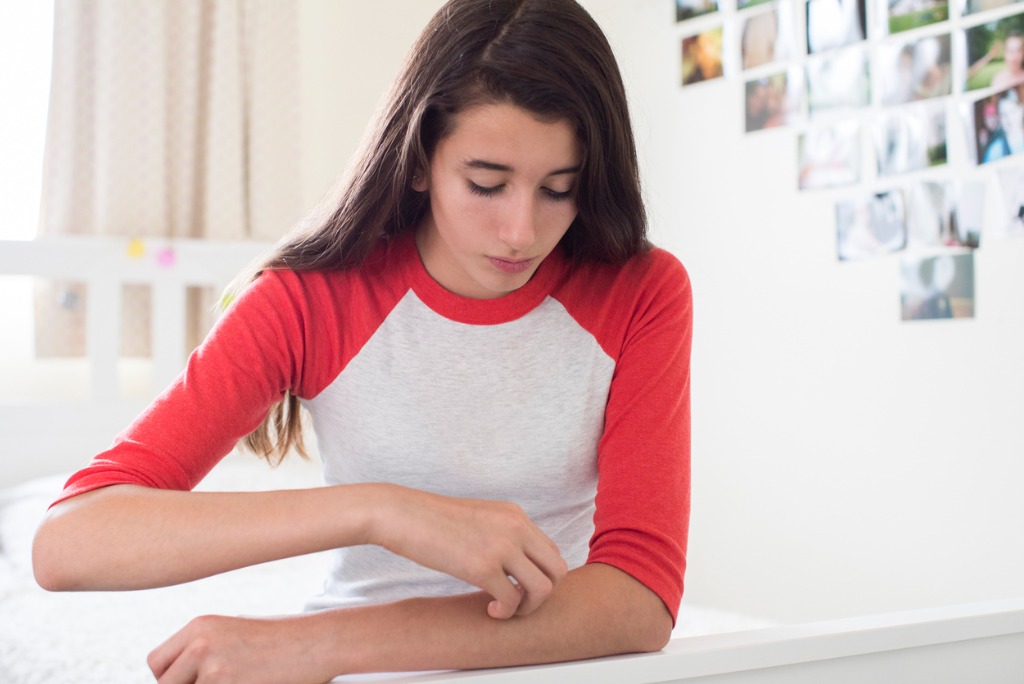 Affecting more than 3% of the United States population, psoriasis is a skin disorder that causes red, raised patches of skin covered with thick flakes. It can have a considerably negative impact on a person’s quality of life and psychological well-being. The patches typically appear on the elbows, knees or scalp. While it is most common in adults, a third of psoriasis cases can also be found in children, which is known as pediatric psoriasis.

There are five types of psoriasis, but there are two kinds that children are significantly more likely to develop.

According to the National Psoriasis Foundation, plaque psoriasis accounts for about 80 to 90 percent of cases, and is the most common type of psoriasis in children. Plaque psoriasis presents itself as patches of red, raised skin covered with silvery scales, along with a red bulbous base. These patches can be itchy and painful, and may also bleed. Plaque psoriasis patches in children are often smaller, thinner, and less scaly than those in adults.

Accounting for about 8% of people living with psoriasis, guttate psoriasis is an acute form of psoriasis that results in small, circular, red, scaly patches, generally found on the trunk and limbs. In children, it often is triggered by a strep infection, and many kids who develop this kind of psoriasis also later develop plaque psoriasis.

Psoriasis is an autoimmune disease, which means that the body’s own immune system becomes overactive and attacks healthy tissues in the body.

Similar to a majority of autoimmune diseases, the cause is most likely genetic, but environmental triggers are required to initiate disease activity.

Flare ups in pediatric psoriasis often occur due to:

Once psoriasis is diagnosed, treatment is determined based on the level of severity and if there is a presence of joint involvement, known as psoriatic arthritis. Typically, the first line of treatment is the use of topical therapy, such as corticosteroids and calcipotriene for pediatric patients. Topical therapy is often used in combination with oral antibiotics where indicated.

In addition, your child’s doctor will likely recommend an antihistamine, which is a kind of drug that treats allergies to help with itching. They may also suggest a petroleum jelly or moisturizer to lock in moisture and prevent dryness on the affected areas of the body.

In more severe cases, systemic therapy and phototherapy may be added, but for pediatric patients, it is important to keep in mind psychological development. Diseases are often treated more aggressively when it causes a psychological disturbance. With psoriasis, these disturbances are common, regardless of where the skin disorder is located.

With children and adolescents, it is important to monitor their mental well-being if they are affected by psoriasis, as they are at greater risk for developing low self-esteem and depression.

If your child is affected by pediatric psoriasis, contact Olympian Clinical Research today to see if your child qualifies for our clinical trial. Eligible participants may receive: